The Harsh and Splendid Heroines of Martha Graham

The essay describes Martha Graham's style, the intensity in creativity turning historical, social, literary dance material, and images into reality. Her approach is described as very personal and literary in terms of describing themes in her choreography. It has created a ceaselessly strong body of work that continues to reform itself for new dancers (Dils, 2001).

The New York spring season at the Mark Hellinger Theater garnered quite a large audience. The dance was described as new and unlike any other ballet performance. The action centered on one person or at most two people at a time showing that the group scenes more than often would cause different personalities to lose their individuality to merge with the group itself.

There are very few group interactions in Graham's pieces. Her dances are, however, unexpectedly small with some performances having between two to four principal dances and no chorus at all. This has been attributed to the fact that she maintained a small company around her, and, therefore, there are only twenty-six dancers in Graham’s team (Dils, 2001).

Whichever style Graham goes within her dances, the intensity of each episode keeps concentrated meaning that the few characters in each dance have to carry the whole performance in that all of the dancers become very crucial to it. The typical dance created by Graham does not have the continuity and flow that dancers normally create when entering and exiting the stage. 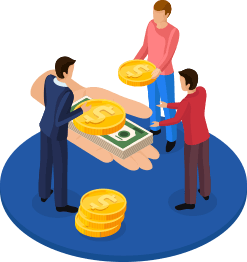 We offer 10% more words per page than other websites, so actually you got 1 FREE page with every 10 ordered pages.

Five years after leaving Denishawn, she began to make her own choreographic material, which was unique as she decided to move in a different direction. Her ballet routines showed discord, unraveling pathways that were twisted, and her dancers used tensions to show their power instead of keeping it discrete to make the dance look serene. This was contrary to what ballet was at the time as choreographers sought harmony, flow, and balance in their dances. As her company grew larger so did her style and work, which goes on to create dances revolving around legends and plots, such as "El Penitente" (1940) and "Deaths and Entrances" (1943) (Dils, 2001).

When Graham reminisced about her childhood, she created more dances, such as "The Letter to the World" (1940) and "Appalachian Spring" (1944), which reflected stories from her early days that inspired the characters from her dances. In "Errand to the Maze" (1947), Graham symbolizes the strength of women showing they have more power beyond their sexuality.

Graham acknowledges that dance today appeals to audiences as they are more knowledgeable than ever. It is apparent that contemporary people prefer dances that have meaning. I chose this article because Graham revolutionized the meaning of dance by showing psychological insight, and at the same time she was very enthusiastic to frame a revitalized outlook about the ballet (Dils, 2001).

Essay in a Matter of a Few Hours!

The Best Writers from US, UK

Evolution of Trends in Modern Dancing and Choreography

Born on the 11th of May, 1894, in Pittsburgh, Pennsylvania, Martha Graham is known as the mother of modern choreography. A doctor, her father employed physical therapy (movement) to treat patients with nervous disorders. Perhaps, this influenced her choreography. As a teenager, she studied dance at Denishawn in Los Angeles. Her love for choreography culminated in her opening a dance company in the heart of New York City. She danced for a better part of her life into her 60s and continued to choreograph until she died in 1991, having made an imprint in the world of dance (Russell 32).

Different schools of thought have argued that Martha Graham might have been influenced by her father, whose belief that inner senses could be expressed through the body inspired her. She might also have been influenced by Ruth Saint-Denis, a great dancer at the time; she was performing at the Mason Opera, Los Angeles. Her parents thwarted her passion to study dance. They were strong Presbyterians who would have none of that. She enrolled in arts at a junior college. Around this time she joined Denishawn School of Dance and Art, a school founded by Ruth and Ted Shawn, her husband (Mille 12). Here, she spent eight years as student-cum-instructor.

With the aid of Ted Shawn, Graham improved her dancing techniques and went into professional dancing. She performed in the "Xochit1", a dance production that was specifically choreographed for her by Shawn. The performance was so emotional that she received critical acclaim and admiration as well, further propelling her career. Graham proceeded to work for Greenwich Follies, leaving two years later to further her career; she taught at the Eastman School of Music and Theatre in Rochester, New York, and later at John Murray Anderson School to earn a living. Her first Graham Dance Company was established in 1926. 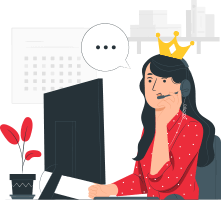 At first, her style, and programs were similar to her teachers' but she was later to discover her artistic voice, and conducted elaborate dance experiments, perfecting her moves and style. Being bold, Graham expressed herself freely and illustrated her visions through violent, jarring, trembling, and spastic movements.

She believed the physical expressions let out the spiritual and emotional undercurrents inside the body, a fact that was ignored by the Western Dancing Community. She was later joined by Louis Horst, a musician who became the musical director for the company for her entire life. Some of her memorable works include "Appalachian Spring," "Frontier," "Lamentation," and "Seraphic Dialogue."

In all these works, she used the Delsartean tension and relaxation principles (Walter 37). Despite the controversies and divided opinions about her dance styles, her techniques were respected and gained fame with time. The advances she made in dance are an important achievement in the cultural history of America. Her staggering impact on dance has always been compared to Picasso's on painting, Frank Lloyd's on architecture, and Stravinsky's on music.

Through her contributions, music as art was transformed, revitalized, and expanded around the world. In her bid to have honest and free expression, she started the Martha Graham Dance Company, considered among the oldest troupes in America.

She inspired generations of choreographers and dancers. She taught some of the world's great artists like Twyla Tharp, Alvin Ailey, Merce Cunningham, and Paul Taylor. Her dance movements would revolutionize dance movement theories in performing arts in most parts of the world. Her ballets were a flow and a grace of traditional passions.

Her dance moves were themed around emotional and spiritual expressions. Her desire was to evoke emotions that depicted the feelings of the inner body. She was able to achieve this through violently disjunctive and explicitly sexual movements. 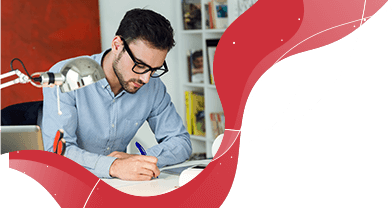 Get the highly skilled writer in the chosen
discipline for £8.94 only!

The "Frontier", performed in 1935, was a solo performance depicting a pioneer woman. A Japanese-American sculptor, Isamu Noguchi, was responsible for the creation of a sparse as well as a beautiful design that was the replacement of flat backdrops that were fitted with three-dimensional objects. They revolutionized the set through the inclusion of the sculpture into the design (Bloom, Claire, Lasseur, Catherine & Tatge 44). It also included Louise Horst's sound design.

The "Seraphic Dialogue" was a powerful song about contemporary society, a story that depicted the culture of the day. Throughout her life she struggled with seeking relevance for his songs; this paid off through the global acclamation of her songs. She changed the way of dancing and choreography through the inclusion of new themes into the music. Her vigor set the trend for most dancing styles and choreography practiced in different parts of the world.

Throughout her career, she identified with the triumphs and struggles of both ordinary and great women. She performed in some of the world's greatest events, including a spectacular performance for President Roosevelt at the White House. She had a passion for her career. The passion was so great that she trod in waters never tested before, introducing a totally different type of dancing and choreographing (Rudy, 24).

Her greatest inspiration was her father and Ruth Dennis. She changed people's perception of music and dance. She is responsible for the evolution of trends in modern dancing and choreography, and she remains a permanent reminder of what passion can achieve. Even in her death, she will forever be remembered as the mother of modern dance and choreography. She lives behind a rich legacy and a source of inspiration to dancers.