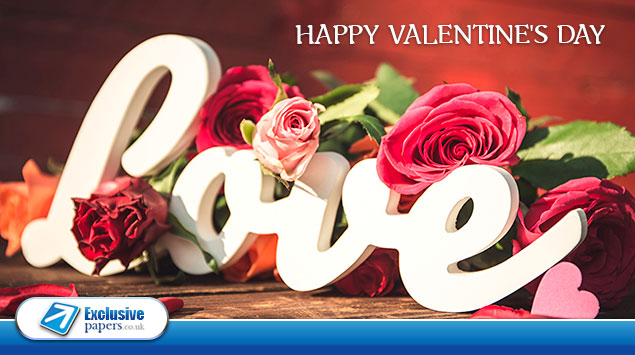 St. Valentine`s day is a universal holiday, which is celebrated all over the globe. As well as in many other countries, in Great Britain this day is celebrated on February 14, and it is full of gaiety, charm, and enthusiasm. People want to express their love and passion, and try to make this day special and unforgettable. They present flowers, sweets, cards and many other unique gifts to each other. Before this day, people spend some time trying to find the best present, which will impress their close people. Without any doubts, all regions have different traditions, but all of them have one in common. Children from all the regions sing the songs praising love and care. For their efforts, they are rewarded with fruit, candies, chocolates, and money. In some regions, people bake Valentine buns with plums, caraway seeds, or raisins.
Also, British people like writing verses on this day. This incredible tradition was started many centuries ago by talented poets who dedicated their verses for the sake of love. In accordance with the traditions, popular modern magazines and tabloids publish sonnets and verses of people who want to demonstrate their love to the entire world.

How was the Holiday Started?
The roots of St. Valentine`s day go back to 14-15th centuries. During this period, people noticed that birds began to mate starting from February 14, and they decided to celebrate the love and happiness following the birds` examples. They chose the date, which became the day when all the lovers could send letters and present gifts to each other. The romantic traditions were picked up by French and English poets. They wrote their verses trying to describe their feelings and emotions. In these poems, they considered love as the eternal mystery, which captured all thoughts and defined all actions. In the contemporary world, people also cannot define this feeling because everyone has different symptoms. Love can make people very happy and equally miserable. When it fills the heart, the human cannot reject it or struggle with it, which evidences that all people are defenseless before the power of love.

Traditions of St. Valentine`s Day
St. Valentine`s Day was the perfect opportunity for all unmarried girls to find their couple. Following the traditions, ladies used to wake up before the sunrise because they believed that their beloved man would resemble the first man they would see on that day. They used to sit at their windows and wait for the first man to pass. One more popular tradition assumed that unmarried girls should write the names of the boys on the clay balls and drop them into the water. They believed that the name of their future husband would be on the paper, which would come up first.